The Gospel Truth Live (MC-0084) was recorded October 19, 2007 at Margaret A. Hart '35 Gospel Fest at the Church Street Center in North Adams MA. Now, over a decade later, that revelatory performance finally sees the light of day on this brilliant compilation to be released on March 23. Next month, Sister Rosetta Tharpe will be inducted into the Rock and Roll Hall of Fame. Marie was Sister's musical partner for over a decade during the hight of Sister's fame. A full bio of Marie Knight can be found on her website, www.marieknight.com.


This stunning 20-track release captures Knight at her very best, the result is an album that works in a way very, very few can ever hope to achieve.  Elmore Magazine

On October 19, 2007, they all braved the rainy weather to witness one of the last living artists from the Golden Age of Gospel (1940 – 1960).  In this rootsy, organic concert, she breezed through the songbooks of Tharpe – arguably, the most influential female gospel act of the 1940s - and also the Rev. Gary Davis – who made a huge impact on the 1960s folk movement - and along the way, Knight shared brief anecdotes on the highs and lows of her earthly walk, including the fire that killed her two children and her mother. Within the span of 60 minutes, she showcased not only her thunderous contralto but also her commanding personality, sardonic humor and her unabashed evangelism. Singer/pianist Dave Keys, who has played with artists as varied as Chuck Berry and Tanya Tucker, was Knight’s sole musician for the get-together. His skillful, buoyant playing kept the spirit high even on ballads.

This is one the world must hear. It is so needed in times like these.

Click the cover to listen to "I Belong To The Band" 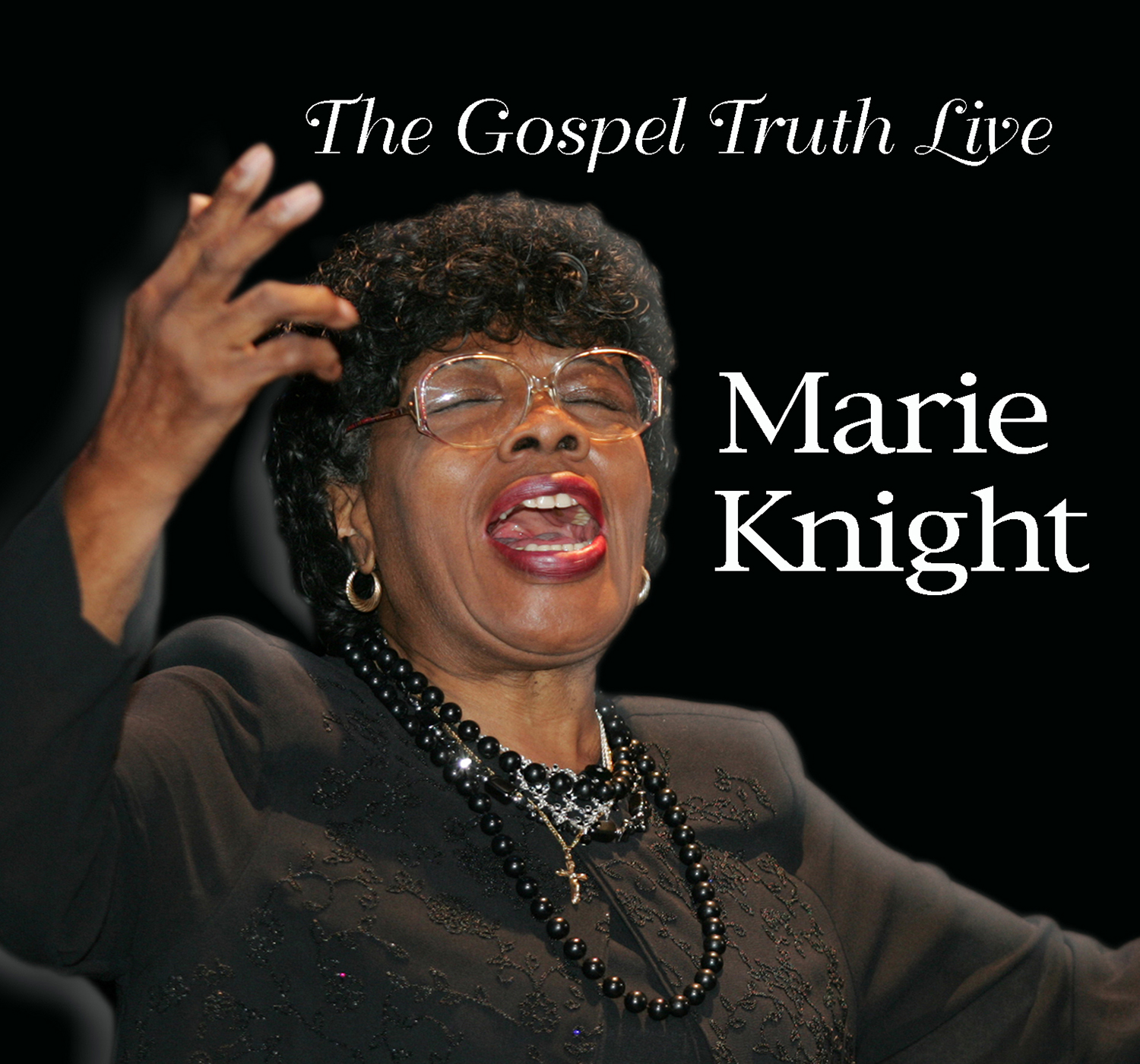 The timing for the release of The Gospel Truth Live couldn’t be more perfect as the prestigious Rock and Roll Hallof Fame announced in December 2017 that it would be posthumously inducting Sister Rosetta Tharpe into the hallowed hall in April 2018 as an early influence on artists ranging from Elvis Presley to Bob Dylan. In a way, it’s also an acknowledgement for Knight’s musical contributions since she collaborated professionally and served as a confidante with Tharpe at the height of her popularity in the early 1950s. In addition two plays are currently in production about the music and relationship of Marie Knight and Sister Rosetta Tharpe. "Marie and Rosetta" is a musical that was produced by The Atlantic Theater Company in New York City. "Shout Sister Shout The Musical" debut at The Pasadena Playhouse in January of 2017. 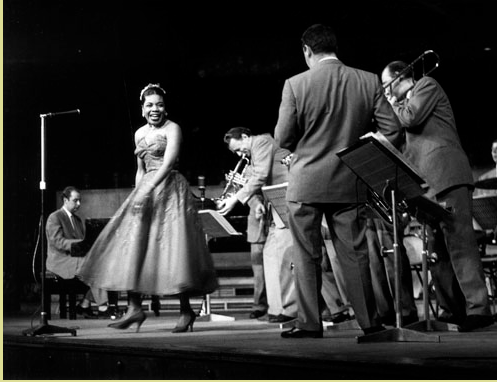 Madame Marie Knight was born Marie Roach on June 1, 1920 in Sanford, FL but she was raised in Newark, NJ. She first recorded with The Sunset Four (Sunset Jubilee Singers). In 1946 Tharpe saw Marie Knight perform at a Mahalia Jackson concert in New York. Tharpe recognized a special talent in Knight. They toured the gospel circuit for a number of years, during which they recorded hits such as “Up Above My Head” and “Precious Memories.”

In January 2002, on a cold, bright Saturday morning, Marie entered a recording studio to pay tribute to her old singing partner, Rosetta Tharpe, doing a solo version of their old hit “Didn’t It Rain.” [Listen the fruits of that session on Shout, Sister, Shout! (MC-0050).] That session—and Marie’s continuing vitality as a singer and performer—led to her present collaboration with producer Mark Carpentieri.

Marie’s last studio recording was the Gospel songs of Rev. Gary Davis titled “Let Us Get Together” (MC-0058). Larry Campbell (Dixie Hummingbirds, Bob Dylan, Levon Helm, Elvis Costello) is playing all the stringed instruments. That release came out on  June 26, 2007. It marked Marie’s first full-length recording in over 20 years. The recording was named a top 10 blues release by NPR and Marie was featured in "Living Blues," "No- Depression," & "Dirty Linen."

Finally, Knight died on a bright, warm Sunday, August 30, 2009. Her rainy days were finally done. However, her music continues to shower us with her faith and talent.  The Gospel Truth Live is in a style and manner that would make both Mahalia Jackson and Sister Rosetta Tharpe very proud. “One of the reasons I wanted to release the album is because you really get to see who Marie is, all sides of her,” says Mark Carpentieri. “The funny side, the very serious side, the very spiritual side. It’s like in her own words in a way.”